Nestled amongst the Schapenberg hillock overlooking False Bay, Highberry shares it’s borders with some of South Africa’s best known wine farms, including Vergelegen, Waterkloof and Journey’s End. This area ranks amongst South Africa’s most sought after for the crafting of top quality wines, as well as recently the hosting of events because of its unique location, terroir and breath taking vistas.
Although a mere 3 miles from the ocean, our location on the slopes and atop Schapenberg results in vineyards located up to 200m above sea level. In addition, prevailing South-East winds blow off the chilled ocean during the summer growing season, ensuring an optimal cool climate for fruit development, producing wine grapes with real intensity and vibrancy. While the farm is classified within the Stellenbosch district, these cooler climate characteristics produce fruit budding dates that are generally 4 days later than the Stellenbosch average.
Fruit not used in the making of Highberry wines is sold to other well-known cellars in the region. A characteristic of Highberry’s farming venture has been its commitment to biodiversity: 12 hectares has been returned to its original indigenous habitat (Renosterveld) from previously planted alien pine trees. This has taken over 5 years to accomplish, but the results are now evident as the legendary Cape Floral Kingdom again comes to life, attracting birdlife and small wild animals alike, and ultimately allowing the natural flow of nature to thrive as intended.
Perched as it is at the top of the Schapenberg, this boutique winery is blessed with spectacular views of False Bay to the south, the Helderberg Mountain on the west and the Hottentots Holland Mountain range to the north and east of the farm – making it an ideal setting for any event or celebration. 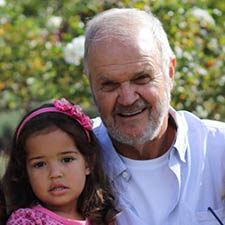 André spent his working life with SABMiller, the global brewing giant, heading up their African and Asian operations before retiring back to the Cape in 2007.
Despite his brewing career, he gradually became intrigued by the world of fine wine.
Although he hates the flowery language often used to describe the characteristics of a wine, it is the uniqueness of each varietal, terroir and vintage that has him smitten.
As befits a good brewing person, he needs to finish a proper glass before pronouncing on the merits of a wine – no sipping and spitting for André!
His family bought present day Highberry farm in 2003, retaining only 1,5 hectares of the original vineyards, and planting the remaining 38,5 hectares over the intervening years.
Apart from his farming activities, he serves on the boards of some of South Africa’s top companies.
He’s passionate about his family (especially 2 grand-daughters) and South Africa. 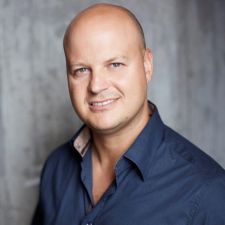 After spending a decade climbing the corporate ranks at SAB and ABI(Coke bottler) he was an early investor and director at BOS Brands the now well established ice tea business with global exposure where he headed up Supply Chain.

In 2019 after 8 years at BOS he was then recruited to launch and lead Africa’s first cannabis beverage business (Goodleaf) which quickly gained national presence and traction. Craig heads up all key wine related functions to ensure our premium range is well distributed and accessible. 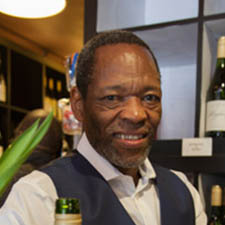 An internationally renowned wine connoisseur and wine columnist, Jabulani developed a keen interest in the wine industry in the late 1970’s while studying towards his Business Degree on a United Nations Scholarship at the Baruch College in Manhattan, New York. This interest started when he was employed as a clerk in an upmarket Manhattan Wine Shop.

His achievements in the industry within South Africa include: 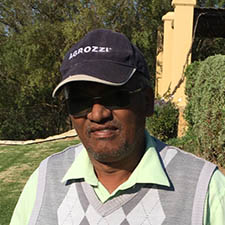 Born in the Sir Lowrys Pass region in 1962, Edward was brought up in and has farmed this land and its surroundings ever since, thus making it safe to conclude that no other man quite understands the terroir of this region as accurately as he does.
A true king-pin of the team, Edward is not only extremely knowledgeable about our soils, slopes and climate, but also possesses invaluable traits of being trustworthy and extremely dedicated to his craft. It is primarily due to these great strengths of his that enable some of our giant clients such as Distell and KWV, to have bounded contracts with our farm in securing our fruit annually.
Edward’s children have also worked on our land for Highberry for many years.
Him and his family are a true asset to the farm’s existence. 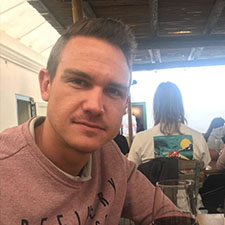 After completing a BCom degree in Business Management, Tim decided to take a break before entering into the business arena by qualifying as a professional field guide at a private lodge in the Kruger National Park.

Once he completed his stint in the bush, Tim returned to the Cape to set up a signage company along with his father, Andre, which went on to be a great success. With his evident immense love and passion for the nature and the outdoors, along with having recently been married, Tim went on to sell his signage company so that he could commence taking over the reins of his family farm.

By combining both his interests of entrepreneurship, social interaction and nature, Tim finds himself in his utmost prime position. His key role is to launch and manage the new function venue, as well as to oversee the general operations of the farm itself.

“It is a great privilege for me to have the opportunity to take our beautiful farm to greater heights and to ensure that it is passed on to our family’s future generations to come.”